Behind the Screens: Interview with Drama Queens

For the second installment in our Behind the Screens series, where we catch up with drama teachers to find out how they are continuing their lessons in lockdown, we talk to Drama Queens.

Before all this started, Drama Queens held their classes in schools around north and west London. Now they are delivering lessons online. I’m meeting Elizabeth Edmonds and Steven Bloomer of Drama Queens in a Zoom chat, to talk about their experiences and get some top tips.

“When the lockdown came,” Elizabeth explains, “I said to Steve, ‘we need to go online,’ and, because he’s a genius, within the day, he had it sorted out.”

Soon enough they had a division of their regular tutors set up and ready to go. “We’ve got about three or four online at the moment and another one or two waiting in readiness”

“Zoom has been really, really, good for us,” Steven tells me when I ask about the set up. “We are loving a lot of the features.”

Features that this interviewer is embarrassed to admit that she is still struggling with. But Steven takes me though a few of his favourites. “The ability to mute everybody, put people in spotlights, share people’s screens, to pin videos.”

I didn’t even know some of these things existed.

Apparently throwing the spotlight on someone means their video stream gets highlighted. This is a neat feature for group classes because all the students can see whose turn it is. Particularly useful when you have a screen full of enthusiastic children.

“You get a lot of excitable people, who all want their ideas to be heard. That’s the genius of a drama group,” says Steven.

And the young ones are, of course, handling all this new tech quite easily.

“I think children are probably far more adept at this then we are,” says Steven. “My favourite quote so far is from Elijah, who said to his mum ‘this is what the internet was invented for.’ And he’s exactly right in some ways.” 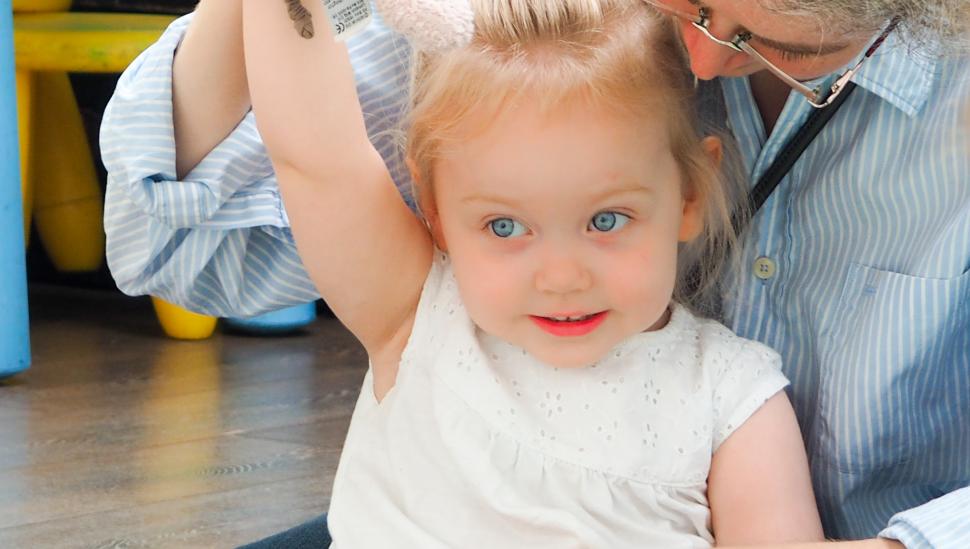 But what about the parents? “We’ve been emailing instructions out really clearly to parents, a step-by-step guide: this is how you download Zoom, this is how you log on to our class...” They have their simple and friendly guide up on their website, which I will certainly be using for my own Zoom calls.

They have even managed to find a way to use the features to create games. The waiting room, which is basically a holding area for people wanting to join the chat, with the hosts acting as bouncers, was initially introduced as a safeguarding measure, but Steven and Elizabeth soon found more interesting uses for it. “You can send people out if you’re going to play a game of wink murder,” Steven tells me.

Other games have been repurposed for the virtual environment. "There’s a memory and observation game we often play at the start of a drama class. One person leaves the room and the group agrees on three changes: moving a piece of furniture, changing something about someone’s appearance et cetera. When the first person returns, they have to see if they can spot the changes. That game works perfectly on Zoom, because they can bring new items into the view of the camera.”

Steven holds up a folder to demonstrate and I can’t help but laugh. It’s a real life spot the difference!

Elizabeth walks me through one of their other activities, this one based around actions. “We have somebody who’s the leader, and nobody knows who that is. They start an action, and somebody has to guess who started the action. That works very well.” 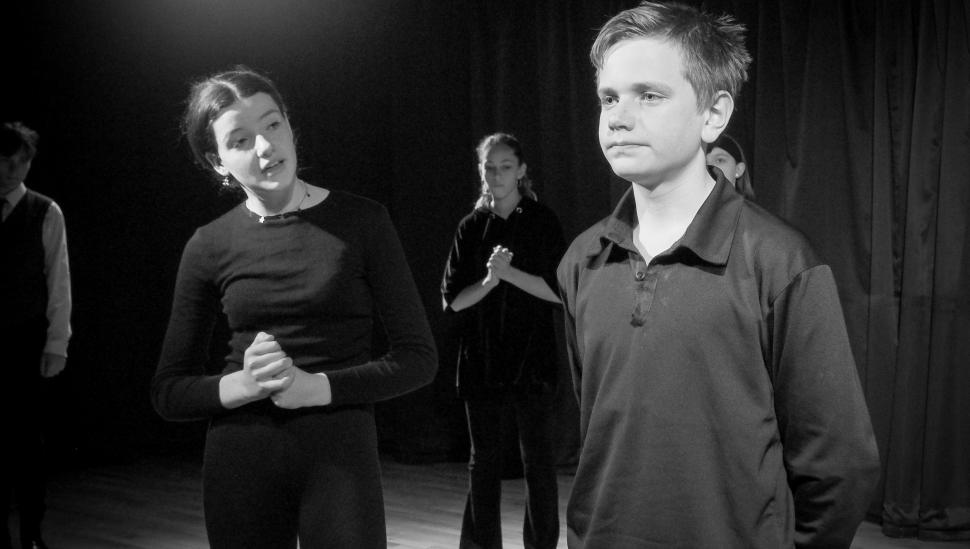 But it’s not just games that are getting a digital makeover. Steven and Elizabeth are finding plenty of other unexpected benefits to this new way of teaching.

“One of the things I think that has been really lovely is there are certain children, who aren’t necessarily super vocal, but I’ve found that they will write comments in the chat function,” says Steven. “So sometimes you get access to different sides of people that they might not offer up in a class.”

They’ve also been using the chat function to send messages to their learners, out of ear shot from the rest of the class. An acting direction, or clue to help them in the game.

Being on the internet also means that there are countless other resources a mere click away. “We were doing some speeches the other day,” says Steven. “One person was a wellness blogger in her speech, someone else the prime minister addressing the nation, and for both of those I was able to bring up a short YouTube video for them to reference instantly. I don’t bring screens into the drama classes that I teach normally, but I’ve found that to be a really useful addition to the repertoire.”

I ask if all this experience will influence their teaching once they are back in the real world.

“Possibly,” says Elizabeth. “I think there’s a lot of scope there for us to recognise and utilise other methods to help more reserved children to blossom. We always think we do that very successfully, but of course this has opened up a whole new channel to explore.”

Not everything works so well online however. “We’ve been finding certain games more of a challenge to deliver digitally – particularly rhythm games where the joy in the physical space is everybody's combined sense of rhythm.” says Steven.

And let’s not forget, that on the other side of the screen is a home – filled with family members... and furniture. “We found that as long as you are sensible and you’re asking the children if they’ve got enough space around them they’re not going to break someone’s vase,” says Steven, “they really enjoy it as well and they’re working really nicely.

“When we first started thinking about delivering these, the fun, physical, warm-ups that we do in the class weren't at the top of my list for things to include, but actually, it’s really important for people in lockdown to get physical, relaxed and warmed up.”

Despite the lessons being online, they’re keen to make sure that their charges aren’t entirely focused on the screen. Over the school holidays, they run multi-day workshops, which sees learners put together their own production, ending with a grand performance. They’ve managed to keep these up during lockdown, and have their students scampering about their homes, finding costumes and props and even location-scouting for the show.

Again, I can’t help but think of the parents. What do they think of this all?

“They’re really positive,” Elizabeth assures me. “The parents sent us lots of feedback in recent weeks saying it had given them shape to their day. The children are much more relaxed because they let some of their energy out. They said it was great when they were running off to find monologues for Steve, or toys for Joe. Then returning to the class with such vigour, the feedback has been excellent.”

The feedback itself is proving to be more useful than anticipated. Parents don’t usually get to see their children in class.

I ask if it has it changed the parents’ perceptions of what Drama Queens does.

“We’re a small company,” adds Steven. “We have a very personal relationship with everyone who comes to us anyway. But there is something that’s a little bit more familiar, when you are in people’s homes, when they’re in yours. I think it has changed that relationship. There’s a familiarity to it. I mean, I feel closer to Joe Wicks because I’ve been in his living room every day for the last couple of weeks... well, I say every day because I’m doing an interview!” 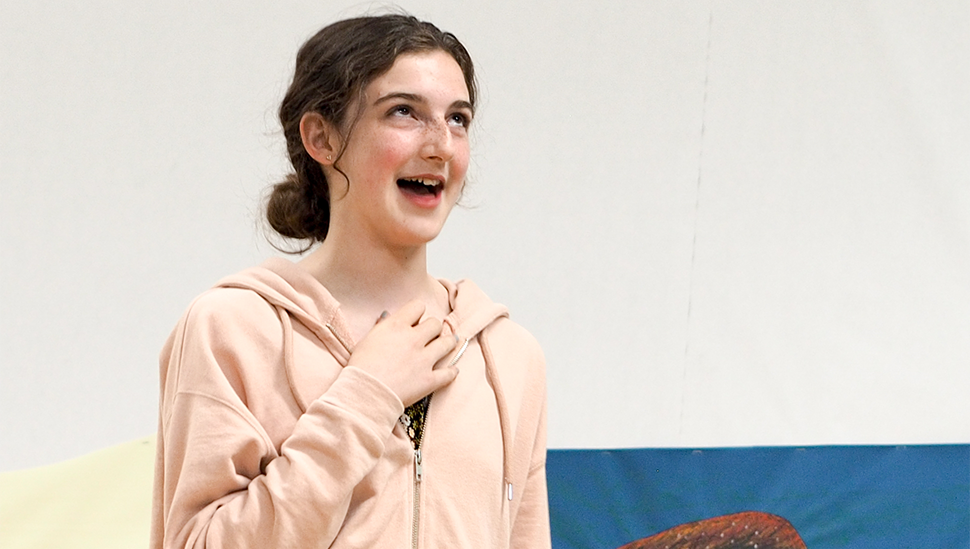 This all sounds great. Will they keep up the online lessons?

Steven takes a moment to think about this. “Certainty for LAMDA I think,” he says. “Because we were getting quite a lot of enquiries prior to this starting about delivering online LAMDA lessons, and for a number of the things we teach, Verse and Prose being one and Speaking in Public being another, I think an online set up can work really well.

“I’ve been doing online sessions on LAMDA poetry and being able to find pictures very quickly on the internet of things that the children don’t know within their poem, and very quickly you can share the screen and have a reference, you can play a little video or a little piece of music or something. There’s been some real strengths of doing it online.”