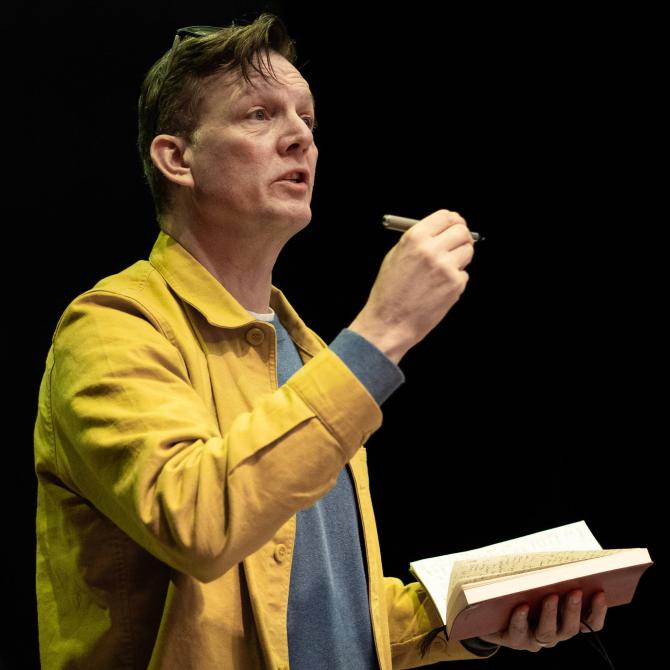 Matt Wilde is the Course Leader of the MFA Acting & MA Directing courses at LAMDA and is an award winning Theatre & Film Director.

In his current position, he directs and teaches across a range of LAMDA’s acting programmes. Public productions directed include King Charles III and our Graduating Actors Showcase.

Matt has worked professionally as an Actor and Director nationally and internationally. He has directed at some of the UK’s leading theatres including the Royal Court London, National Theatre London, Almeida, Old Vic, Soho, Unicorn Theatre, Liverpool Everyman, Edinburgh Traverse and for leading companies including National Theatre, KSF, Out of Joint, Actors Touring Company, Old Vic New Voices, Middle Eastern Theatre Academy and Splendid Productions. His work has taken him to NYC: Broadway, UAE, Europe, Brazil and Mexico. Matt is also a former Associate Director of the National Theatre Studio and Out of Joint Theatre Company.

Matt studied and trained as an actor and director at Bretton Hall: University of Leeds, and the Royal Academy of Dramatic Art (RADA) and on programmes with the Arts Council of England. He has and continues to be involved in developing and producing new work with writers from a variety of venues, programmes and communities. He has worked on new work with writers including Roy Williams, Sabrina Mahfouz, Greg Burke, Hassan Abdulrazzak, David Hare and Adam Rapp. Education and actor training is at the core of his endeavours and he has worked extensively in the UK’s leading Drama Schools and institutions including LAMDA, LIPA, RADA, Rose Bruford and Goldsmiths University. Most recently he created and was the Course Leader for the MA Acting (Company) Course at Liverpool Institute for Performing Arts (LIPA).