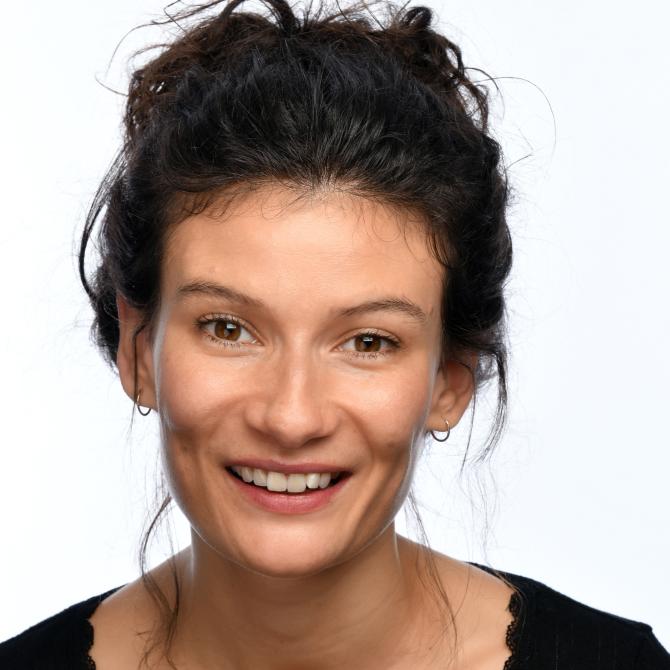 Natalie has been teaching and directing at drama schools, specialising in working with foundation course students, since 2012. She ran the CertHE course at Italia Conti from 2021-2022 and is delighted to be joining LAMDA from September 2022 as Course Leader (Foundation Acting & Short Courses). Natalie trained on the BA Acting course at Drama Centre London (2007-2010). She was a member of the Effort Productions company for several years, writing and performing numerous ‘character solos’ using Yat Malmgren’s system of movement psychology and character analysis, under the direction of James Kemp. Natalie co-founded Double Yay Productions in 2017 and was the writer of Nutritiously Nicola, which was acquired in the USA by Elizabeth Banks’ streaming platform WhoHaha, and broadcast in the UK on LondonLive in 2019. She was accepted into City University’s Novel Studio 2021-22 and was one of the 2021 recipients of the Novel Studio competition.