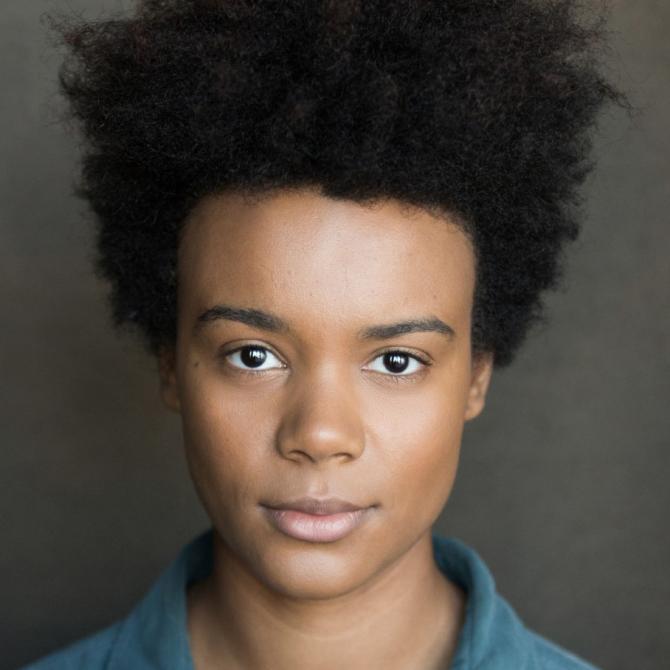 Leah Harvey is an actor who grew up in Newham, London. They attended The Brampton Manor Academy and, with the help of scholarships, studied dance and performing arts at The Deborah Day Theatre School Trust. Harvey then gained a BA Hons degree in professional acting from LAMDA, graduating in 2016. Since then, Leah has appeared in many projects including "Emilia" at the Globe theatre, "Small Island" at The Royal National Theatre and, most recently, "Foundation" on Apple TV+. Leah is non-binary and uses they/them pronouns and can often be found longboarding around their local park, simultaneously solving a Rubik’s cube.