We were delighted to welcome multi-award-winning actor and producer, LAMDA President and alumnus Benedict Cumberbatch back to LAMDA recently for a special Q&A session with Executive Dean of the Drama School, Will Wollen.

Students and staff were treated to a stimulating session which covered topics such as mental wellbeing, celebrating successes and failures, diversity within the industry and the importance of asking for help.

“It is incumbent on all of us to make sure that representation and diversity and inclusivity is very much at the forefront of our artistic experience," said Benedict. "I think it’s something that’s definitely still evolving and has some engine behind it now and I think you just have to be really honest about it and call it out when you see it’s lacking." 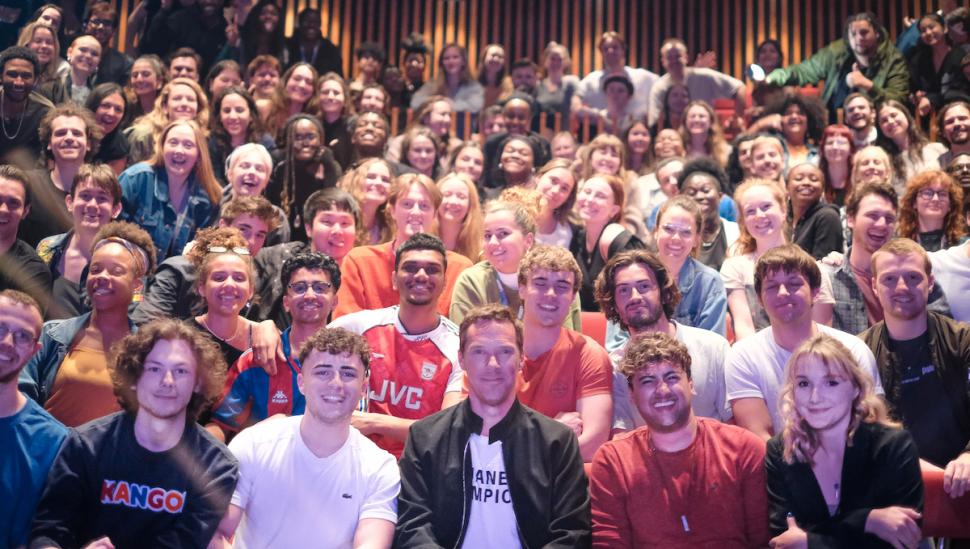 Later that evening, Benedict attended another Q&A session with LAMDA’s Student Presidents and our Director of Development, hosted by Olympic Studios in Barnes. During the event, which helped to highlight the importance of LAMDA’s Student Hardship Fund, Benedict spoke directly to donors about how their generosity supports the next generation of actors, directors and technicians.

“There’s an openness about students from LAMDA; that’s the kind of flavour and characteristic that is associated with them,” he said. “They are bright and really inventive; there’s no ego about them, they work really hard and there’s a real openness to how they do that.”

Lyndel Harrison, Director of Development, explained, “A third of our BA Students are on scholarships; beyond that, people still struggle hugely, which is why we have the Student Hardship Fund, an emergency fund that students can apply for.”

Student President, Dhruv Ravi, said, “The circumstances are always changing, but in the last two years, especially with the access to technology that some of us don’t have and the equipment we need to still be functioning actors and human beings trying to take care of our mental health, it’s really fortunate that LAMDA has a hardship fund that we can access."

Dhruv continued: "It includes international students and students from all different types of backgrounds. The amounts vary, for sure, but if you apply you will be taken seriously and you will be given as much support as you need. So all of you coming out and supporting this really means a lot, so thank you.”

When asked where he gets his inspiration from before he goes on stage, Benedict replied:

“I would say, increasingly, it’s from the practitioners, directors and writers. It’s as much about me being inspired or influenced or changed in my approach to what I do as by what I’m being asked to do on the page – the lure of how different the part is to what I’ve done before, the challenge of it, which is what is also really exciting; and this one – The Power of The Dog was kind of the golden ticket of both - a complex, rich character. From the unlikely casting, to what was being asked of me on the page, to a director (Jane Campion) who held me and went on this journey with me, who gave me a massive new asset to my process and how I went to work, from examining the character to creating the character. Increasingly it’s about who I work with, just as much as what I do with them when I’m working with them.” 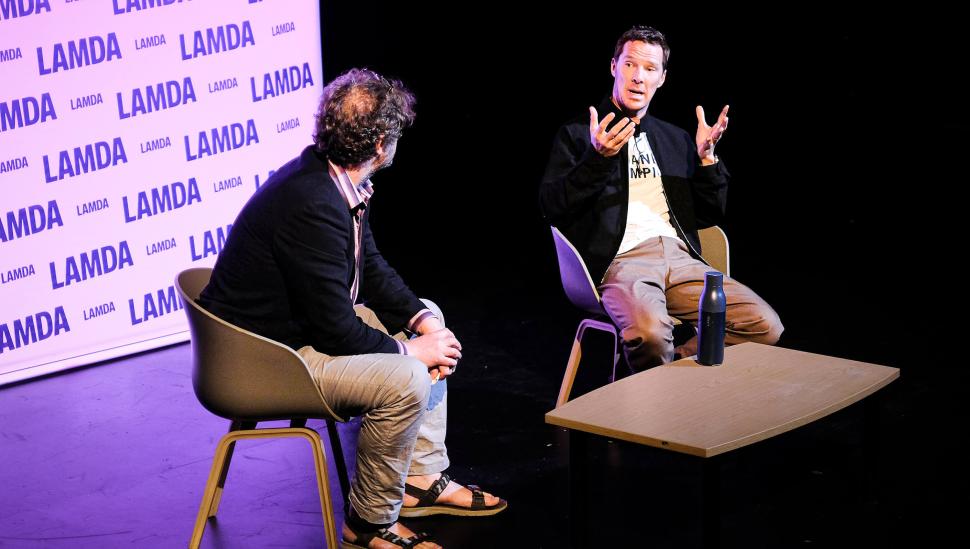 When asked by a young member of the audience which superpower he would most like to have and why, Benedict said:

“I would have the gift of creating instant empathy. So if something was hurting them from their past or being made to feel aggrieved about their future present, I’d be able to have the power to go to that person – or not even go to them, just send something out there that would instantly make them realise that love is the answer.”