LAMDA's acting students spent their lockdown creating 56 brand new works from scratch, exploring their own creativity and discovering what it takes to turns ideas into reality.

March 2020. LAMDA’s building on Talgarth Road fell suddenly and eerily quiet. Students left the rehearsal studio and classroom, returning to friends and loved ones. From all around the world they logged into Teams and Zoom to keep their studies going, not knowing how long it would last.

No longer sharing space, or even a time-zone, LAMDA had to discover new ways of making work and of telling stories. Lockdown felt like an opportunity to build self-reliance, and so the challenge of our graduating acting students producing their own work, from scratch, was born. 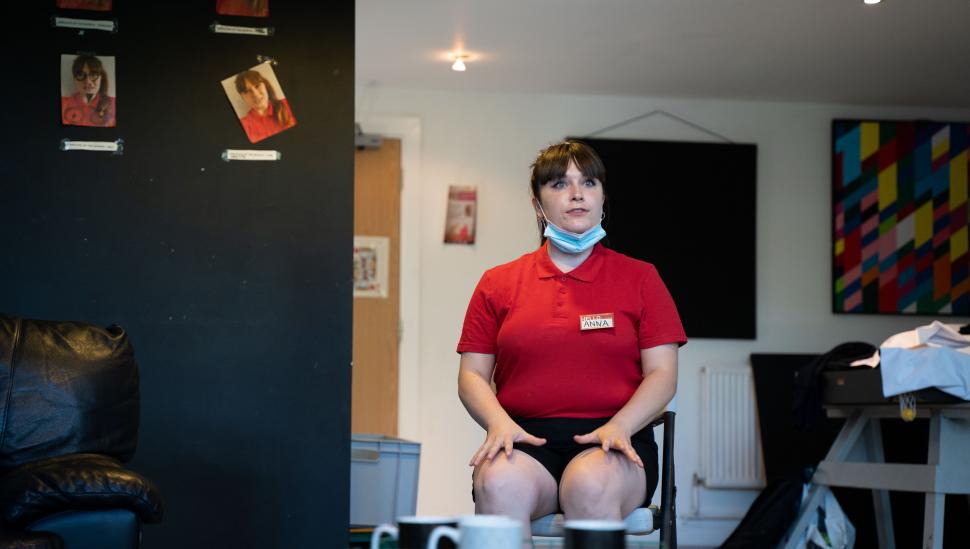 It was a daunting task. Few of the students had ever created their own work before. Let alone in the confines of lockdown, with all the pressures that went along with it.

But they were not alone. Four dramaturges were drafted in to help guide our actors, with Matt Hassell and Tatty Hennessy looking after the BAs and Laura Bridgeman and Lauren Mooney taking on the MFAs.

Between them the students honed their ideas, wrote scripts and worked out how they wanted to present their work.

Finally, in June, after 12 long weeks of lockdown, and with thoroughly thought through social distancing measure in place, the LAMDA building on Talgarth Road began to reopen. And there was finally the chance to present the pieces in person.

Two weeks before their work was due, our actors logged out of Zoom and brought their work into the real world. With the help of producer (and LAMDA graduate) Emily Carewe, they set about the task of physicalising their visions, from choosing the medium of their piece, to location scouting, set design and sourcing props. 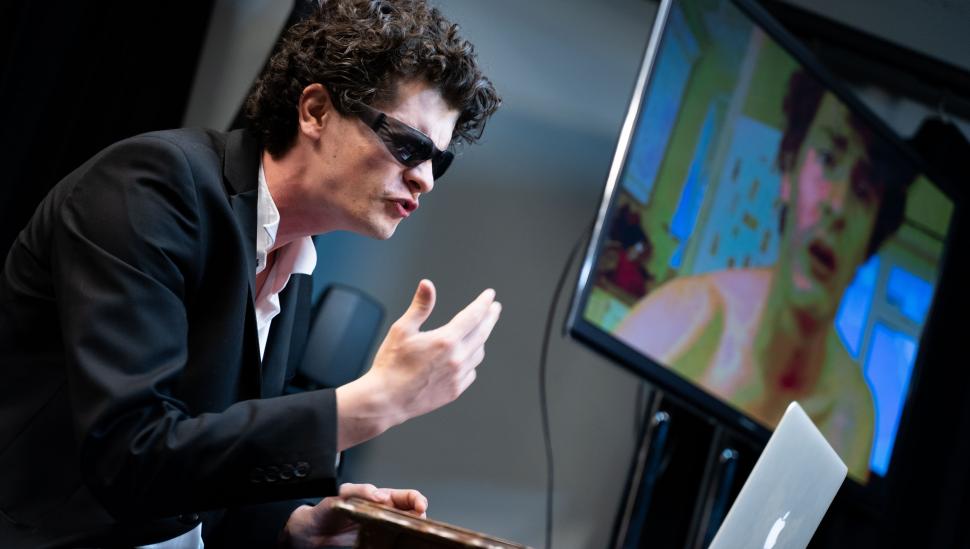 “You can come up with all the artistry stuff, but how do you actually make it happen?” explains Emily. “What are the decisions that need to be made in order to make it real?”

Three months into the making process, our actors had plenty of time to visualise their dreams, and it was time to start considering the practicalities. Being one of 56 different pieces that needed to be finalised in a matter of weeks leads to a lot of unexpected logistics. Even things like lighting cues had to be coordinated to allow for quick and safe turnarounds in shared studios.

The skills and ingenuity of our Production and Technical management students were called upon to provide everything from paddling pools to human-sized Barbie boxes, and set it all up across multiple spaces with the ‘encounters’ of the BA Acting students forming a labyrinth around LAMDA’s East Wing.

But seeing their work form in the physical realm also meant that some students felt the need to take it all apart and start again. The weekend before the shows, more than one went back to the drawing board and changed their direction entirely as they sought to match story and medium. With surprising results. 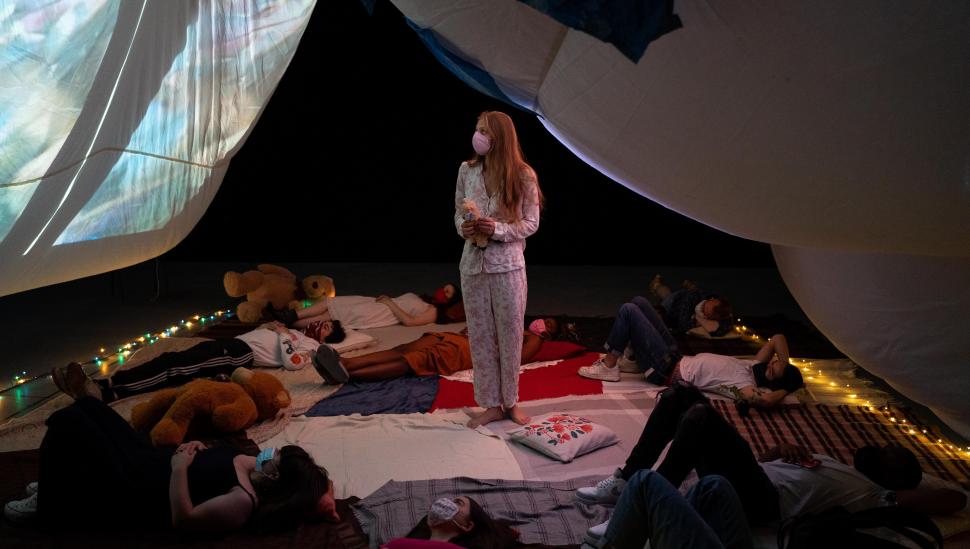 With singing still not allowed indoors, a musical performance had to be taken outside – giving the piece a festival atmosphere that completed the piece beautifully.

And while a third of the pieces ended up being made for screen, many of the actors opted to approach it with a mixed-media eye – interacting with the film using a live performance element.

It was a learning experience, but one that will stand them in good stead throughout their careers, a back-pocket skill that means that they will always have the potential to put together their own shows.

Recently in an interview with The Stage, LAMDA’s director, Sarah Frankcom, asked: “Do we want to be an industry that waits around for change to come from the artistic director of the National Theatre?” Actors who feel capable of creating work from scratch, who understand the mechanisms that go into it, will be able to effect their own change, and feel empowered to make the work they feel is lacking in the world. 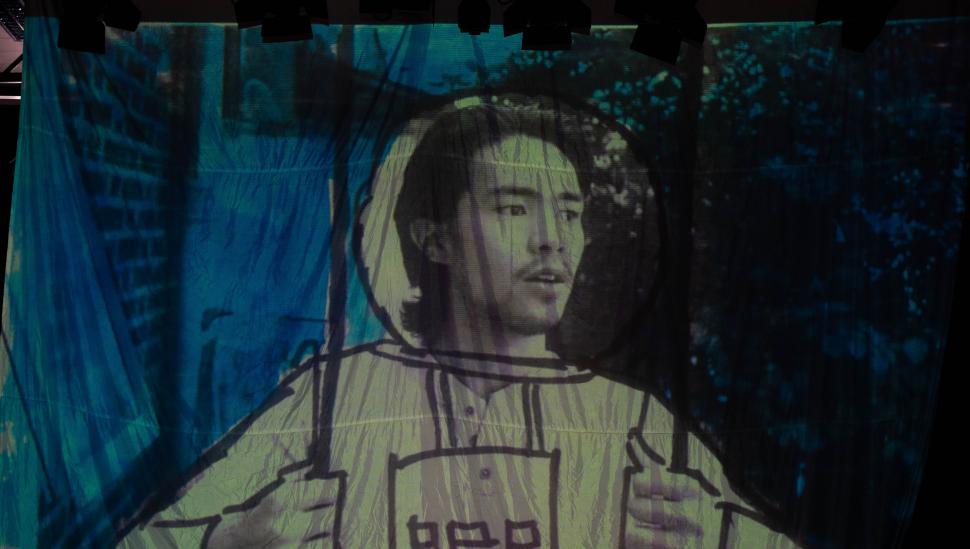 It’s unsurprising that, given the freedom of their broad themes, many of the students chose to delve into their personal experiences and their feelings about the world today. Ideas around Black Lives Matter, questioning identities, sexuality and gender while living through a pandemic and concerns for the future are all present.

“I wouldn't be surprised if quite a few of them have now got the confidence to write the odd bit here and there and to do a scratch night,” says Emily. “It’s a way of harnessing your own creativity. When you're out in the industry and you're waiting for your agent to call, or you're not necessarily getting to play the roles that you want to play or tell the stories that you want to tell, to create the socially conscious theatre that you want to be creating, or whatever it is that’s your driving force. So why are you doing it? If something isn't satisfying you or isn't quite right, the possibility of making it yourself is a really exciting empowering thing.”

“Telling your own stories and creating your own work is an essential part of developing the actors we train as artists,” says Sarah Frankcom. “The breadth of ideas, the imagination at play in the work our students have made over the last six months has been very inspiring and makes me really excited about the future of theatre.” 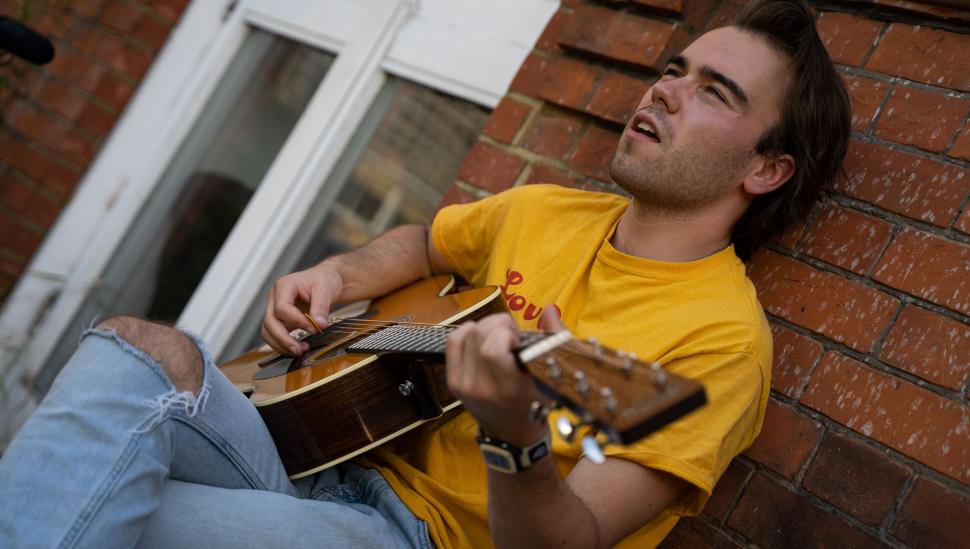