Written by
Jon Brittain
with music by Matthew Floyd Jones

The running time is 70 minutes.

A joyful, brutal and honest musical that reminds us that it's ok not to be ok.

Sally's a happy person. She doesn't let little things get her down and almost never cries. But she's got an illness. It makes her feel like she isn't the person she wants to be... But she doesn't want anyone to know about it. 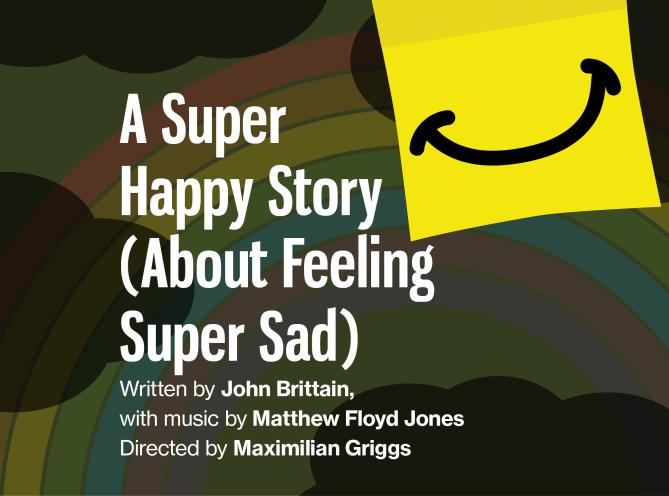 About the director, Maximilian Griggs

Max is a Director and Theatre-Maker specialising in New Writing, Queer Theatre, Feminist Theatre and Movement Theatre. As a Director, Max experiments with different forms and structures to explore new possibilities within theatre. He has utilised a range of techniques in his theatre from: dance, movement, music, lip-syncing and drag.

Before coming to LAMDA, Max studied at Queen Mary's University of London (QMUL). He left university with a 1st Class Honours in his Drama BA. Max wanted to study on the MA Directing Course in order to receive guidance from professionals in the industry, have a safe space to experiment with his theatre and to make discoveries about his own voice in the rehearsal room.

As an Associate Director his credits include: The Underground Society for the Preservation of Human Kind (Pleasance Scratch Night)

He was one of the 503Five 2012/2013 and has worked extensively with Old Vic New Voices. He has written for Radio 4's The Now Show and Cartoon Network's The Amazing World of Gumball, and created and starred in the online sketch show HodgePodge. He directed both of John Kearns's Fosters Award-winning stand-up shows Sight Gags for Perverts and Shtick, and Tom Allen's show Both Worlds.

Contains themes and descriptions of suicide, depression and anxiety.