Spotlight On... Directing at LAMDA

From our MA Directing students to our practitioners and teachers to the freelance professionals that work on LAMDA’s productions and films, directors play as vital a role in our training as they do in the industry. As we welcome our new cohort of MA Directors this September, we’re shining a spotlight on the art of directing at LAMDA.

Our MA programme has been running for over 20 years, and the reasons our students have for wanting to train as a director with us are highly personal.

Recent MA Directing student Maximilian Griggs originally wanted to be an actor, until he realised he “preferred to think about the bigger picture of the production as opposed to the character.” For Madison Gerringer, it was a love of “creating art collaboratively” and a belief that “theatre can have a real impact on people.”

The one year course combines classes in actor’s disciplines such as voice and movement, seminars in text analysis and interpretation, practical directing sessions and assisting professional directors on LAMDA’s public productions.

When asked what they’ve learnt in their time on the course, both Madison and Maximilian emphasise the importance of preparation and the ensemble; “a huge part of directing is building the right team to make work with.” 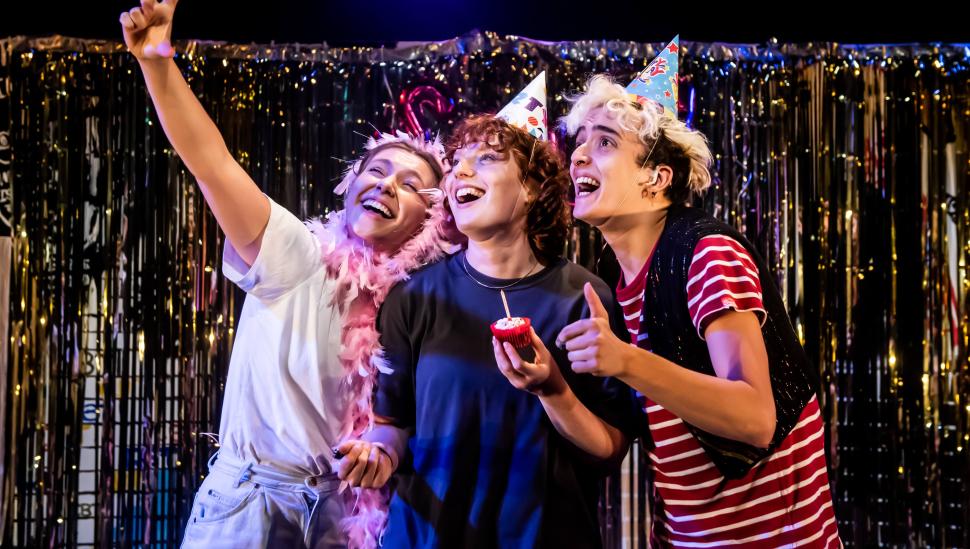 At the end of the course, students direct a play of their choosing in one of LAMDA’s performance spaces, with industry guests invited to a public showing of the piece and encouraged to offer feedback.

This is a chance for the directors to put everything they have learnt in their time on the MA into practice, with industry attendance in the past two years including Lyndsey Turner, Michael Longhurst and Roxanna Silbert.

“My rehearsal process is always about discovery, play and bringing together the ensemble. I always seek to make my cast and crew as passionate about the project as me,” explained Maximilian, who chose to direct Jon Brittain's A Super Happy Story (About Feeling Super Sad) for his showcase production.

Earlier in the year, Maximilian assisted TD Moyo on a production of Love & Money by Dennis Kelly, featuring our BA (Hons) Professional Acting students with a production team of our Production & Technical Arts students.

TD Moyo, currently a resident director at the Almeida, said her relationship with LAMDA began during the pandemic with “great conversations about theatre and its capacity for reform.” Especially, she emphasised, “in drama school spaces.”

TD is one of the twenty-plus professional directors to have worked on LAMDA productions or films in the past year. Another is Elly Green. Whilst working on New Labour, Elly felt it was important to keep her rehearsal process as close as possible to working on a professional production.

She explained, “when working with earlier years perhaps my focus would be more on actor-training, but […] for third year students, I think it's in their interests that I treat them as professionals and expect the same back.” 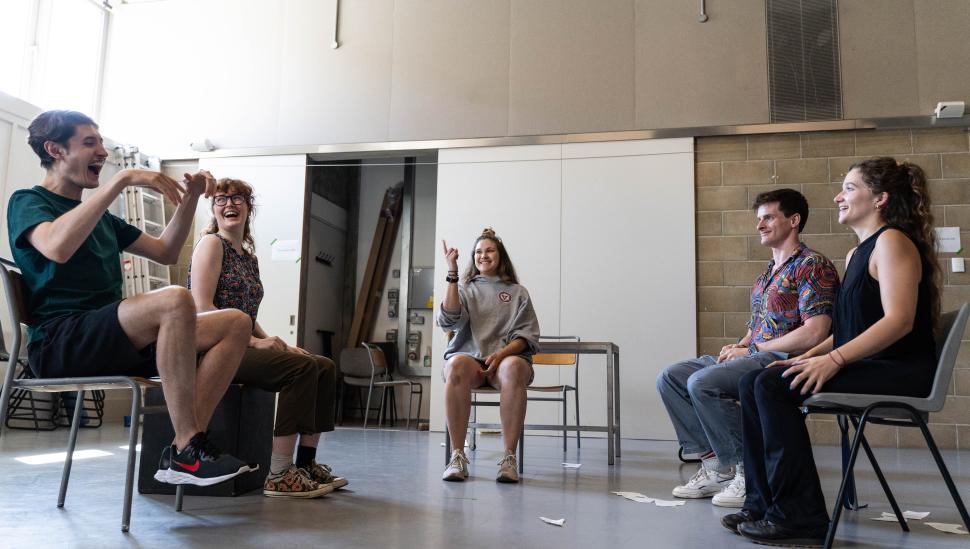 LAMDA’s training is built on the principal of empowering students as confident and engaged artists, capable of shaping their own careers. Collaboration and the idea of the ensemble is a central ideal.

A recent project which encapsulates this approach is The LeftOvers. Director Ned Bennett worked to shape the piece with Ross Willis and our BA (Hons) Professional Acting and Production & Technical Arts Class of 2022 throughout their time training with us. The resultant production marked the students’ final project before graduating this October.

As the graduation date approaches, Madison and Maximilian are looking ahead to the future. “I’m looking to gain more experience in assisting [and] further develop a piece I created as part of my devised project for the course,” Maximilian elaborated.

Meanwhile, our 22-23 MA Directors have recently begun their training, with applications opening for 23-24 entry this Autumn. The future of directing has never looked brighter.

Learn about the MA Directing course